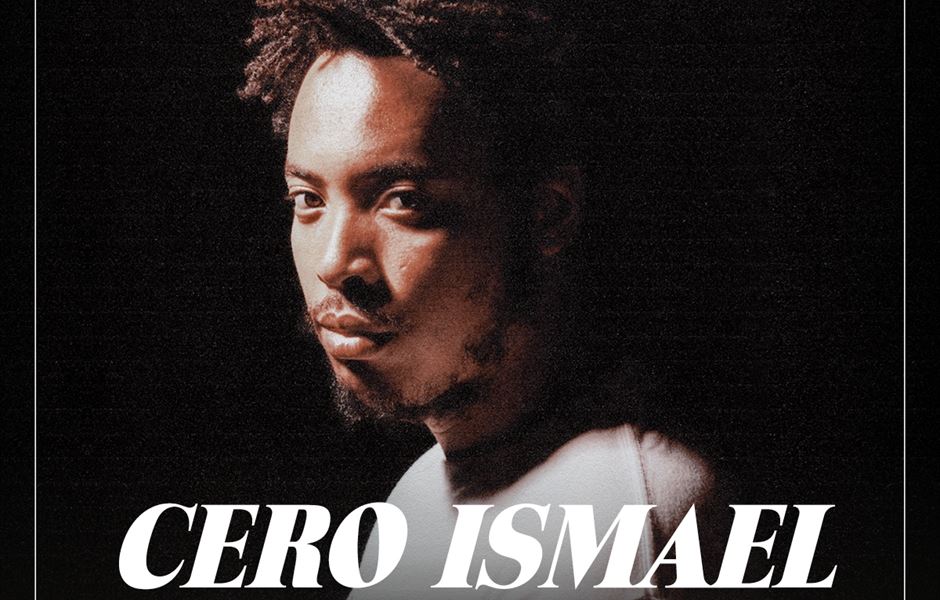 Amsterdam’s 6ft5 gentle giant Cero Ismael continues to open up on his latest single ‘If It Ends’ - a melancholic yet hopeful track about looking at the bright side of a heartbreaking situation. Following the release of his honest and compelling 8-track debut EP Blue Man earlier this year including singles ‘Darling’, ‘Missing Out’, ‘Some More Time’ and ‘Tell Me How/Birds’, Cero today also unveils details of his debut tour in November 2021 hitting three major cities across the continent including Amsterdam on Saturday 20th, London on the 8th December and Berlin on the 11th December.

An indie tinged slice of alternative hip hop, ‘If It Ends’ is the second chapter of a new sonic story that Cero will continue to unfold this year. It follows the ethereal and atmospheric ‘Publik’ which’s exploration of “euphoric memories and beautiful moments” was supported by The Independent, Notion, Jamz Supernova and more.

“‘If It Ends’ is about looking at the bright side of a heartbreaking situation. Even though the situation is falling apart, I’m still letting the person know that I will always be there. This song features Raven Artson who is an artist, producer and writer from Amsterdam. I’ve been a big fan of his work for years now, so it was an honor to create this song together with him. He produced the song together with Jopie & Rijnbaart.”

A mature and sincere lyrical style, like a true poet he draws inspiration from his personal road and chooses his words wisely to explore themes of love, fear, anger, loneliness, self-love and acceptance, mental health and more. Over lockdown earlier this year, Cero Ismael began working with the former Soviet Union born, Amsterdam based visual artist Olya Oleinic to challenge his artistic process through different exercises, translating his sonics into a visual world. Beginning with a raw piece of physical art that was created and constructed by himself, his brother and Olya (that features as the artwork for ‘Publik’), every collaboration that follows will be the product of a different conversation – deconstructing a different part of his music and answering abstract questions that Cero wants to address himself. A confronting and intuitive, figurative exploration of his sonic themes, Cero and Olya will continue to work together and develop an ongoing visual portrait of his journey.

Crafting his own unique and spellbinding version of alternative hip hop, Cero Ismael has claimed early fans in the likes of Highsnobiety, i-D, Hunger, The Independent, Complex, The Line of Best Fit, Jamz Supernova and more. On his 2021 debut EP Blue Man, his melancholic, soulful and dreamy voice explored and commented on a vast range of emotions and human behaviors amidst the breakdown of a relationship - the love, the disconnection, the sorrow, finding happiness in another's pain, holding onto a poisonous/toxic love, false hope and more.

Born and raised in Amsterdam’s suburbs, the Dutch artist, rapper, singer and songwriter uses music as a form of self-healing, sharing his own stories with alluring candor. Influenced by his own personal story and struggles, Cero Ismael grew up in a melting pot of different cultures (Dutch, Indonesian and Surinamese) but unfortunately in a broken home. He found early comfort in love, religion, spirituality and music which quickly became his life and focus from an early age - first starting to make music at 11 years old. Initially inspired by his musical family (his grandmother in gospel and his father a gifted musician), Cero’s earliest influences on his own sound were developed by his discovery of self-made trap artists like Soulja Boy, Lil B, Chief Keef and more. On his search for more depth, the sounds of R&B, indie and soul became a staple of his sonic diet.