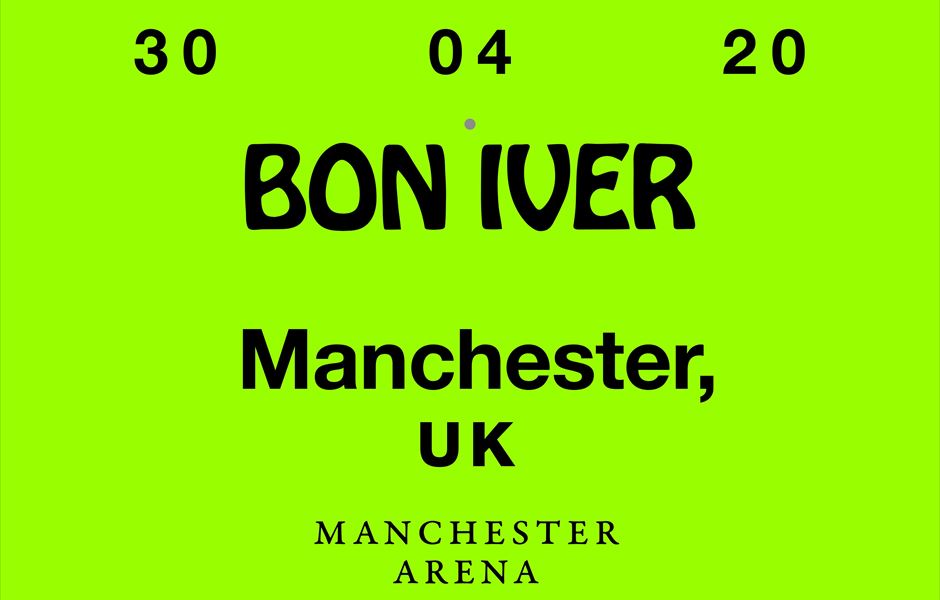 Last month Bon Iver released their fourth studio album i,i, garnering an ecstatic response. Singles from the album went straight onto Radio 1 and 6 Music playlists whilst Justin Vernon and the band opened up more than ever before with in-depth interviews from Pitchfork, Zane Lowe, Annie Mac, Q and Uncut.

Today the band have announced a full European tour with arena shows including at London's Wembley Arena. This will be their first UK tour since 2018 which included an eight night sold out residency at London's Hammersmith Apollo and will follow on from their headline slot at All Points East this summer. These shows are their most ambitious to date as they bring their brand new live show to Europe for the first time. More info on how Bon Iver will be bringing a sense of intimacy and sonic and visual innovation to these venues can be found in their WeTransfer mini-documentary here: https://wepresent.wetransfer.com/story/bon-iver-autumn/

Recorded mostly at Sonic Ranch in Texas, i,i finds Bon Iver's Justin Vernon in a calmed creative state that he channels into the heart of each of the album’s 13 songs. The core band for the i,i sessions included Sean Carey, Andrew Fitzpatrick, Mike Lewis, Matt McCaughan, and Justin Vernon with Rob Moose and Jenn Wasner, plus contributions from James Blake, Brad and Phil Cook, Aaron and Bryce Dessner, Bruce Hornsby, Channy Leaneagh, Naeem Juwan, Velvet Negroni, Marta Salogni, Francis Starlite, Moses Sumney, TU Dance, and many others. i,i completes a cycle: from the winter of For Emma, Forever Ago came the frenetic spring of Bon Iver, Bon Iver, and the unhinged summer of 22, A Million. Now, fall has arrived with Bon Iver’s most expansive, joyful and generous album yet.

Tickets on sale Frday 13th September at 9am from gigsandtours.com