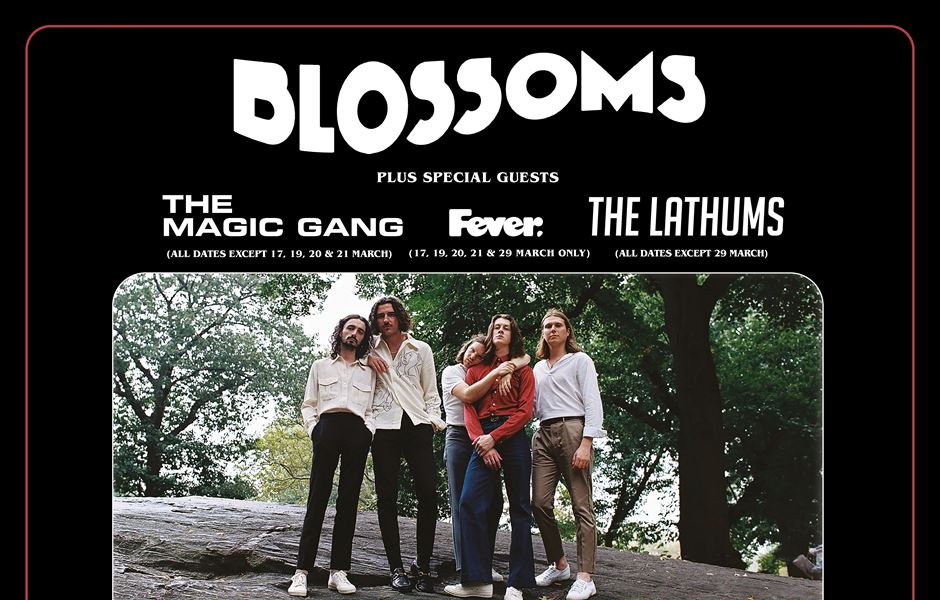 Blossoms have added two new dates to their rescheduled UK headline tour, which will now take place across March and April next year. Lincoln Engine Shed and Stoke Victoria Hall have both been added to the tour on March 17 and March 19 respectively.

The band’s rescheduled headline tour includes three nights at London’s O2 Forum, Kentish Town and culminates in a huge show at Manchester Arena on Saturday April 3rd.  Buy tickets for the new shows from 9am this Friday September 4 here

Blossoms’ 2021 tour dates are as follows:

Blossoms recently announced the release of a double album In Isolation/Live From The Plaza Theatre, Stockport on Friday 23rd October. The In Isolation side of the double album features a collection of tracks recorded by the band over the last few months in isolation, including re-worked takes on their own songs and a number of cover versions. The album also features some very special guests including Courteeners’ Liam Fray on a version of Please Don’t, The Coral’s James Skelly on a version of Dreaming Of You and Miles Kane on their Tame Impala cover The Less I Know The Better.  Live At The Plaza Theatre, Stockport, features a full live set from the band’s ‘Foolish Loving Spaces’ album launch show on 11th February at Stockport Plaza.

Blossoms most recent studio album, ‘Foolish Loving Spaces’ went to Number 1 in the UK album charts on its release in January this year and features the singles ‘The Keeper’ and ‘Your Girlfriend.’