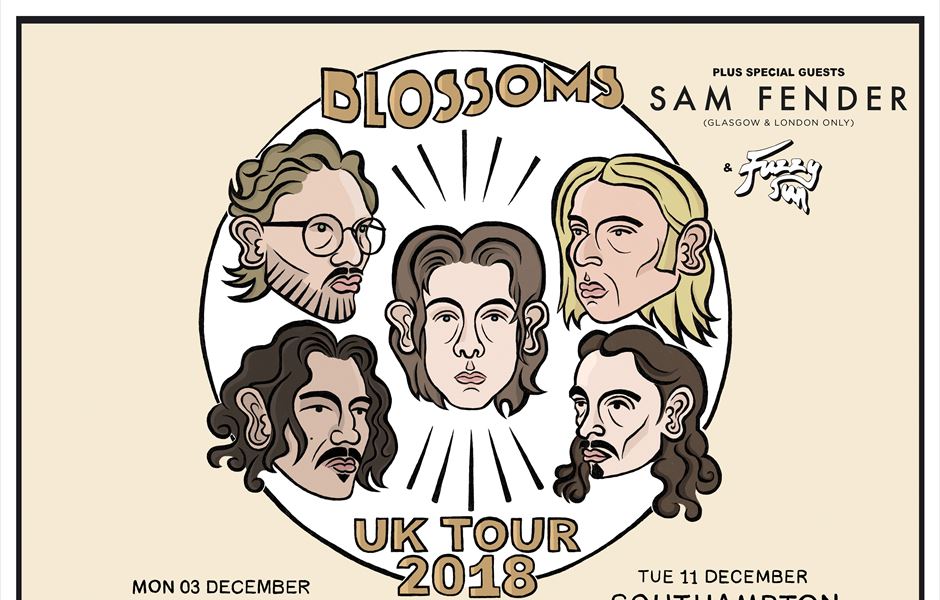 Blossoms have today announced a nine date UK tour for December 2018. Calling in Glasgow, Sheffield, Nottingham, Birmingham, Bristol and Southampton, the run of shows also includes two gigs at Manchester’s Victoria Warehouse and a London date at O2 Brixton Academy. Fuzzy Sun will be supporting Blossoms on all dates and Sam Fender will be main support on their Glasgow and London show. Full dates are listed below.

Speaking about the shows, the band said: "Did you know that the karaoke machine was invented in our home town of Stockport in 1975? The Japanese bought the idea and gave it the name. In honour of this bit of genuinely juicy hometown trivia, this tour will be, in the main, a massive sing-a-long. Generally, memory making magic. See you there."

Following its release in April, Blossoms second album Cool Like You has amassed over 18,000,000 streams worldwide. The album charted at number 4 in the UK album chart and spawned the anthemic singles I Can’t Stand It and There’s A Reason Why (I Never Returned Your Calls).

Blossoms’ December dates will follow a series of summer festivals that have seen the band play at Isle of Wight, All Points East, TRNSMT and Nos Alive, amongst others.

Tickets for Blossoms December UK tour go on sale at 9.00am on Friday 27th July via Gigs & Tours, with artist and O2 pre-sales at 9.00am on Weds 25th July.