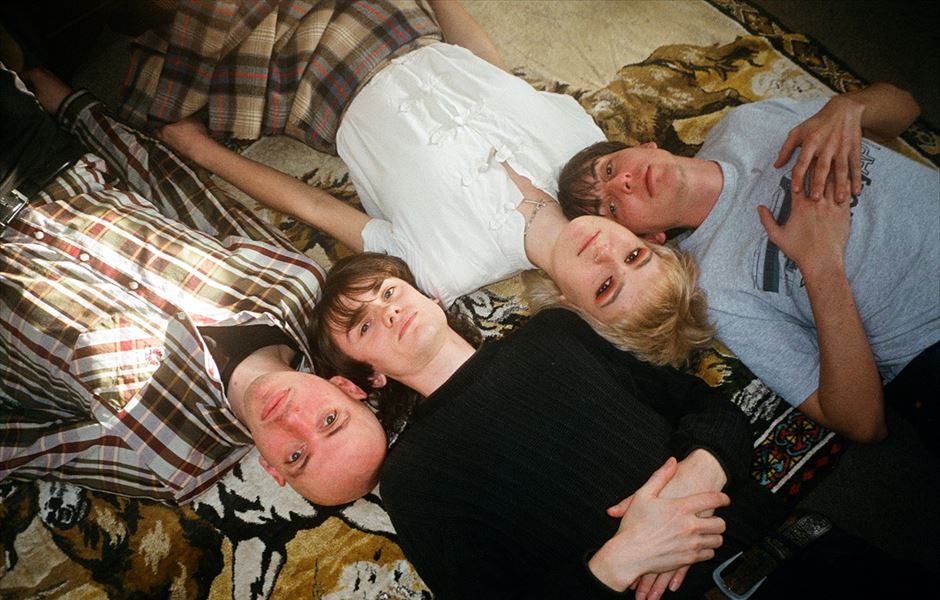 Blanketman's debut EP National Trust is out now via [PIAS] Recordings. One year on from the release of the band's debut single, “Taking You With Me”, National Trust - produced by Luke Smith (Foals, LIFE) - has gone on to spawn a string of much-loved singles, including the urgent “Beach Body”, the wonky and wordy “Harold”, as well as their grass-is-always-greener banger "Leave The South".

National Trust is also being made available on 12" vinyl on July 16th. Listen to the EP in full, and pre-order the vinyl, HERE.

Blanketman are also announcing a headline UK tour for August. Full run below.

“Never lacking in spark or immediacy, it’s an introduction to a band of doubtless potential.” - Dork

"Blossoming in amongst the modern and the classic." – The Line of Best Fit

“A great effort from a great band.” – Louder Than War

"An engaging group refreshingly privy to a little self-awareness, Blanketman shouldn’t be taken for granted." – So Young

Blanketman singles have been included in playlists by The Forty-Five, NME and NPR

With just a handful of singles under their belts, the Manchester band have already found support from the likes of Clash, DIY, Dork, The Forty-Five, The Line of Best Fit, NME and So Young, along with a Next Wave slot from Jack Saunders on BBC Radio 1, New Names feature from Annie Mac, a Ones To Watch pick from Huw Stephens, BBC 6 Music support from Steve Lamacq, Tom Robinson and Marc Riley, plays from Matt Wilkinson on Beats 1, as well as playlist spots at NME Radio and Amazing Radio.

Back in March 2020, the band’s debut single “Taking You With Me” marked the arrival of a band full of ideas, and cut a boundless, energetically pop edge that saw them likened to early Blur. Follow-up “Beach Body” dialed up the urgency and distilled a swift insistence, on top of which vocalist Adam Hopper masterminded a trove of indelible melodies, dedicated to the ailing Brit-abroad. The band wrapped up 2020 with “Harold”, which brought with it a thumping, wonky and rowdy execution. National Trust looks at themes of feeling trapped and anxious, but also the hopes held toward eventual liberation from that feeling.

Recent years have seen the band spearheading a burgeoning scene in Manchester as they gigged extensively throughout the city, performing their original brand of restless post-punk and cerebral indie-pop – all served with a sharper, more sardonic pop edge than many of their more po-faced peers. So sharp in fact that Steve Hanley, of The Fall and Brix Smith & Extricated, has performed live on stage with them a number of times already.