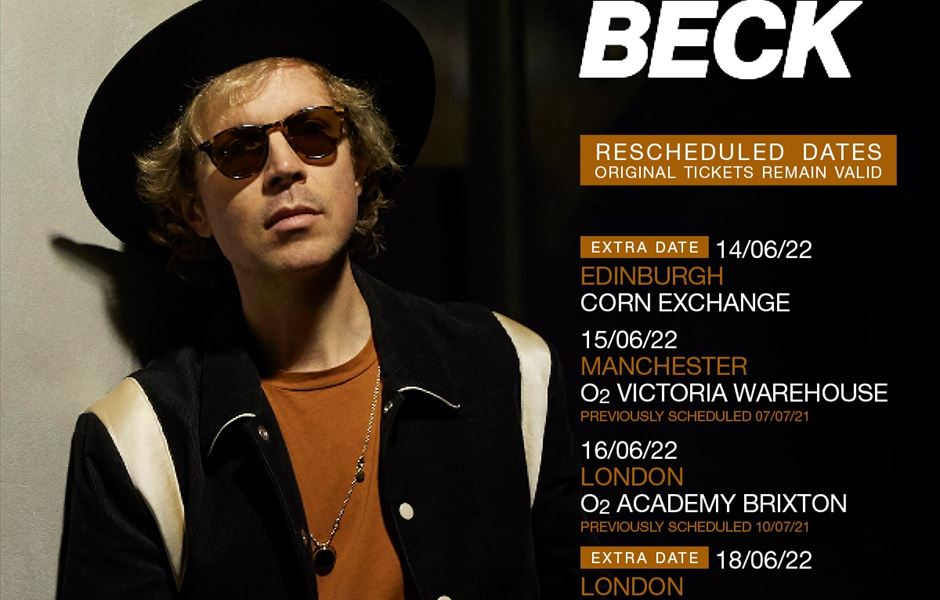 Beck will make his highly anticipated return to the UK next year and the shows will mark his first live dates in the UK since his lauded Second Stage Headline slot at All Points East in May 2017.

Away from the live arena, Beck remains as creatively restless as ever, a master of reinvention achieving yet another career peak in the studio. As the title of his recent critically acclaimed 14th album Hyperspace implies, Beck has travelled light years from his emergence as a reluctant generational spokesperson. In the decades since, Beck's singular career has seen him utilize all manners and eras of music, blurring boundaries and blazing a path into the future while simultaneously foraging through the past.

Hailed by NME as ‘Pop minimalism that proves there's no sound he can't excel at’ (**** Four Stars) and 'A bleak, spacey R&B tour de force, it’s dewy, plush and on-trend (**** Four stars)’ by The Observer, Hyperspace’s futuristic spectrum is the result of one of Beck’s most collaborative albums to date.

Tickets for Edinburgh Corn Exchange (14th June) and London O2 Forum Kentish Town (18th June) go on general sale at 9:00am Friday 25th June. Tickets for the rest of the tour are on sale now - all are available from www.gigsandtours.com  / www.ticketmaster.co.uk  / www.beck.com

This tour has been rescheduled from July 2021 - original tickets remain valid for the rescheduled shows.