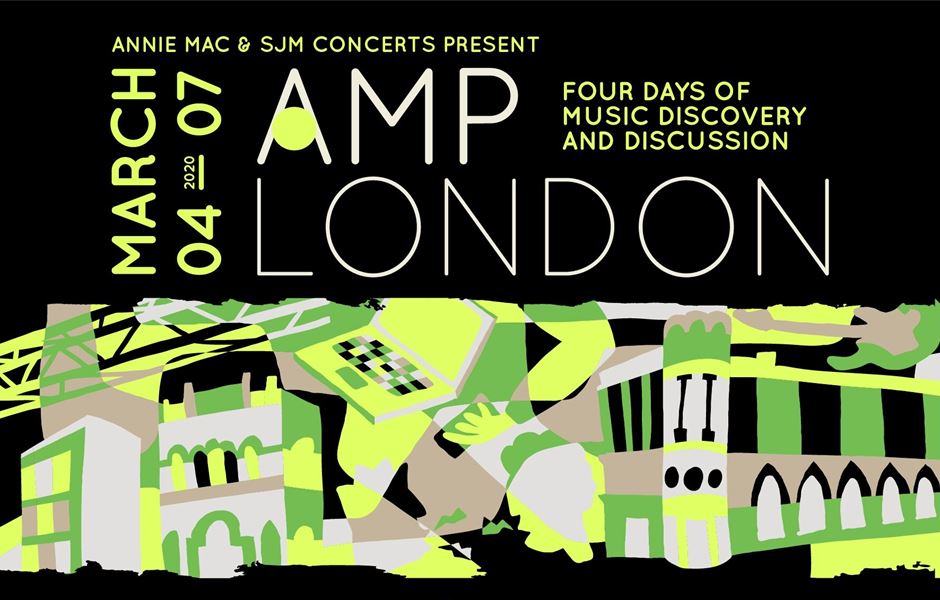 24 SHOWS ACROSS LONDON, 1 DAY OF TALKS

Britain’s premier music tastemaker Annie Mac has announced the return of AMP LONDON with the first announcement of artists. The event will run from Wednesday 4th March until Saturday 7th March, bringing the best new talent in music, from a variety of genres, to the capital’s most loved music venues.

AMP LONDON is a showcase and celebration of music across a multitude of genres, featuring intimate underplays with world class artists, future female headliners and emerging indie talent, as Annie Mac explains:

“AMP has been putting on events, parties and festivals globally for over 10 years now and AMP LONDON is an amalgamation of everything we have done so far; consisting of four days of music discovery and discussion in March 2020. We will be putting on over 20 shows across London, in some of the city’s most loved and respected venues, featuring some of the most exciting new artists breaking through as we enter another decade of new music, as well as hosting established and loved artists in smaller intimate spaces.”

Over four days, AMP London will take over the city with a line-up of the best new acts in music, across twenty-four shows in the capital’s most loved music venues, including Oslo, Camden Assembly, Shacklewell Arms, The Lexington, Laffyette and more.

These special live shows will be accompanied by a one-day conference at Camden House on Friday 6th March, which have been carefully curated by Annie Mac herself and will feature discussions around the next generation of music industry figureheads, as explained by Annie:

AMP LONDON offers the chance to see established artists in intimate venues, as well as the next wave of hot new acts, across a multitude of genres (from rap to punk to dream pop). After last year’s success − with the likes of Sam Fender, Celeste and Two Door Cinema Club featuring – the first wave of bands featuring on 2020’s bill is once again star-studded:

“We are featuring a really diverse mix of styles and sounds on these line ups, reflecting the substantial amount of future female headliners breaking through the ranks; Joy Crookes, Beabadoobee, Arlo Parks, Miraa May, as well as the rich amount of indie bands making their mark on the scene, Blossoms, The Big Moon, Cabbage and Inhaler, to name a few.”

This is just the beginning however, and there are many more names to be announced for this celebration of music. AMP LONDON will continue where it left off in 2019 and will prove to be a vital music event for 2020. Tickets go on sale at 9am on Friday 6th December, whilst tickets for the Printworks event go on sale at 11am on Wednesday 4th December, available HERE

@ THE OLD BLUE LAST, SHOREDITCH – EVERYONE YOU KNOW, NOISY