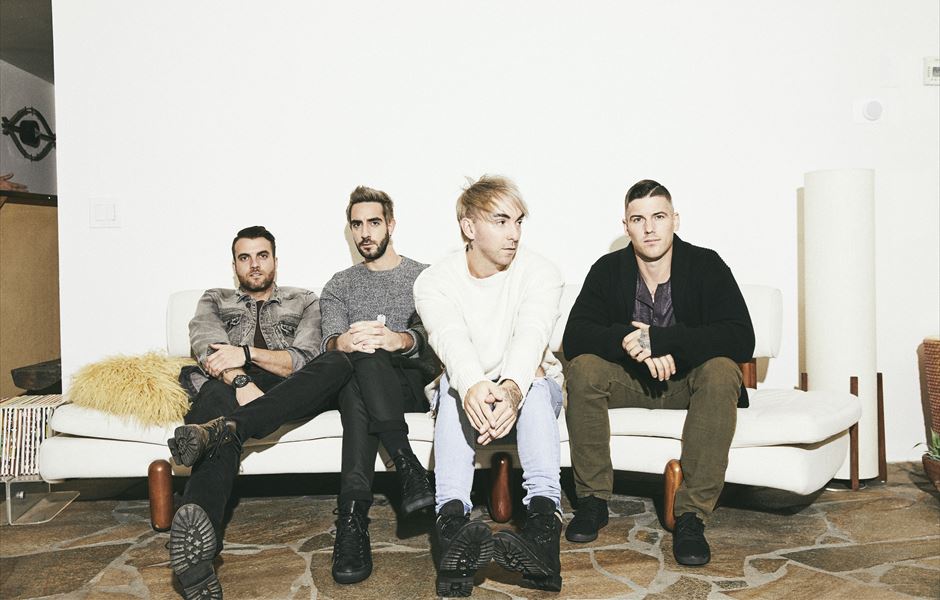 Tickets on sale Friday at 9am here.

ALL TIME LOW have today announced three UK headline dates for September 2021! The quartet will perform in London, Manchester and Glasgow next year in support of their UK Top 5 album, 'Wake Up Sunshine', with tickets on sale from Friday 11th December.

“Demi’s been a friend for a long time and we’re really excited that she was down to lend her absolutely incredible voice to this song as we reimagine it and continue to celebrate all the ways it’s connecting with fans around the world,” shared Alex Gaskarth.

The original recording of 'Monsters' (feat. blackbear) appears on All Time Low’s new album, Wake Up, Sunshine (which entered the UK Official Album Chart at #3), and marked the band’s first-ever #1 at US radio. The song has topped the Modern Rock chart for a staggering eleven weeks.

The group went back to the basics (and the basement) for the album. Throughout 2019, the four musicians—Alex Gaskarth [vocals, guitar], Jack Barakat [guitar, vocals], Zack Merrick [bass, vocals], and Rian Dawson [drums]—congregated together in Nashville at Rian’s studio and at a Palm Springs rental house. Face-to-face, they wrote and recorded the 15-song affair joined by co-writer, producer, and collaborator Zakk Cervini.

Throughout a back catalogue streamed half-a-billion times, All Time Low have continually raised the bar. Since the release of their third album, ‘Dirty Work’ in 2011, the group have had five straight Top 20 entries on the UK Official Album Charts, with 2015’s ‘Future Hearts’ debuting as a #1 album. 2009’s ‘Nothing Personal’, 2012’s ‘Don’t Panic’ and ‘Future Hearts’ are all UK Certified albums - gold, silver and silver respectively, in addition to their two gold albums, four gold singles and platinum single accolades at home in the US.

After nearly two decades together, All Time Low have rekindled the spark they first ignited in a Baltimore basement with Wake Up Sunshine. These four lifelong friends walked into a tiny room, plugged in, and turned up with the same spirit, but with more experience, and proficiency gained from performing to millions worldwide. As a result, they‘ve delivered WAKE UP, SUNSHINE, a captivating body of work at the apex of their prowess.