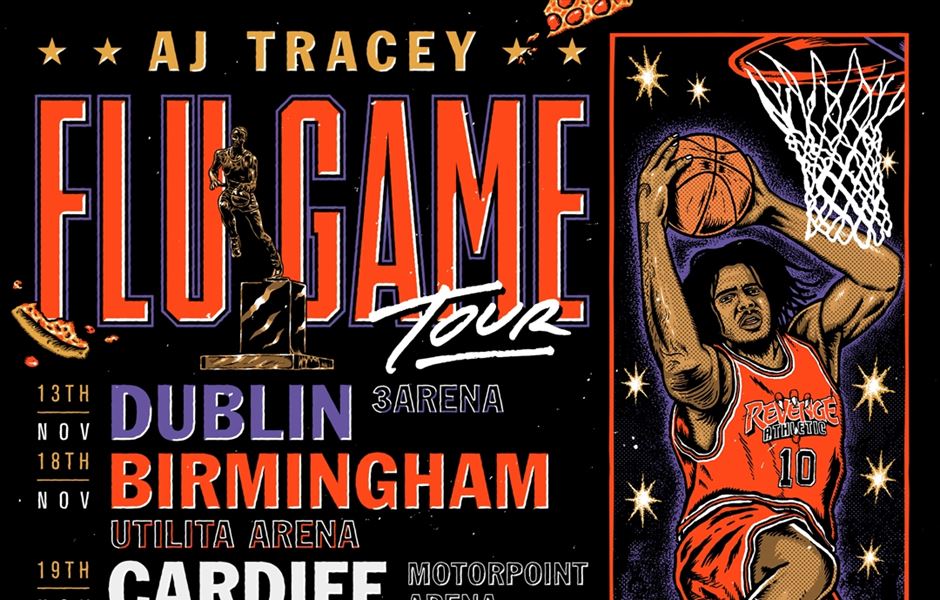 FLU GAME THE ALBUM IS OUT NOW : ajtracey.ffm.to/flugame

In the wake of two Brit Award Nominations, an appearance and performance on The Jonathan Ross Show and the release of his sophomore album FLU GAME, AJ Tracey has today announced a UK Arena ‘FLU GAME TOUR’, consisting of 5 dates across Dublin, Birmingham, Cardiff, Manchester and London, this November 2021.

At the forefront of pushing creative boundaries, FLU GAME and the surrounding campaign, draw influence from the story of Michael Jordan and his Chicago Bulls team in the late 90s - referencing one of MJ’s most memorable championship games - where he overcame a nasty bout of food poisoning (brought on by a dodgy takeaway pizza) and took the Bulls to the championship. AJ’s team, Revenge Athletic, are a franchise on the brink of a massive championship win, and AJ is their new star.

The forthcoming tour is available for pre-sale from tomorrow Wednesday April 21st and general sale from Friday April 23rd.