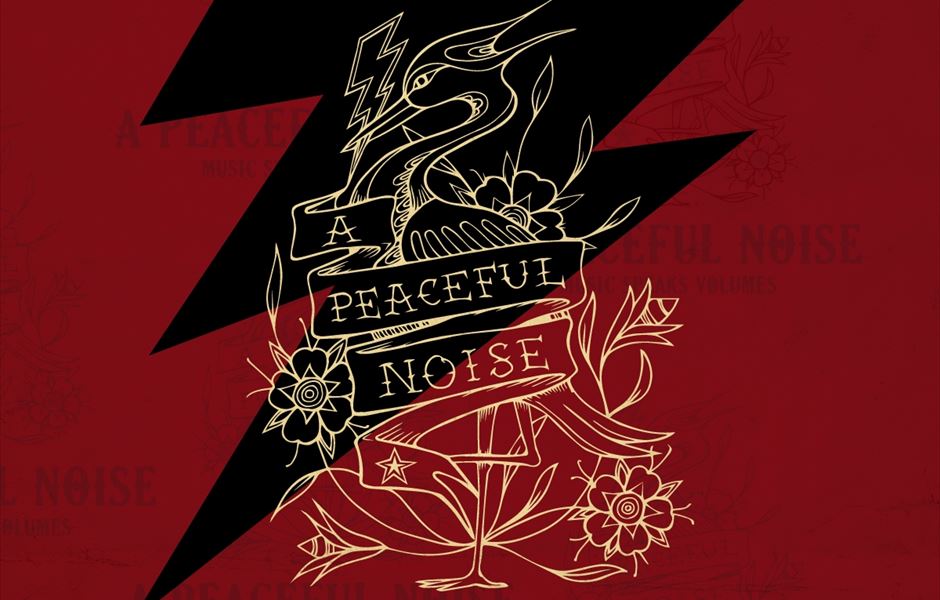 WITH MORE ACTS TO BE ANNOUNCED

As it heads into its fourth incredible year, The Nick Alexander Memorial Trust is delighted to announce the first bands to play 2019’s instalment of their flagship fundraiser, A Peaceful Noise. Taking place at London’s legendary ULU Live on 29th November, the event promises to be another very special evening of rock n roll in aid of the Nick Alexander Memorial Trust.

Founded in the aftermath of the terror attack at the Bataclan in 2015, The Nick Alexander Memorial Trust is a registered charity established in memory of Nick Alexander who was killed in the attack while working for Eagles of Death Metal. The trust awards grants for musical instruments and equipment to community groups and small charities across the UK

Announcing this year’s event, Nick Alexander Memorial Trust and A Peaceful Noise founder, Zoe Alexander said: “It's so exciting to embark on our fourth A Peaceful Noise, it's always such an incredible night. The gig will always have what happened at the Bataclan at its heart, but it's about looking forward as well and we're thrilled to have some of the hottest names in new music join us for this year's show.”

Tastemakers’ favourites The Blinders are the first act out of the bag for A Peaceful Noise 2019. Hailing from the coalfields of South Yorkshire, the proto-punk three-piece has cultivated a formidable reputation for live shows that mix incandescent energy with kaleidoscopic lyricism. Currently getting those in the know all hot under their collars, we’re sure that The Blinders’ first London show since June will be legendary. Don’t miss it.

Commenting on their appearance at A Peaceful Noise, The Blinders said: "The Nick Alexander Memorial Trust does incredible work breaking down barriers to accessing music for disadvantaged people, so it's an honour for us to play this year's A Peaceful Noise show for them and to help the cause. We can't wait to see you at ULU on the 29th November."

As if that wasn’t quite high-octane enough, we are very excited to announce Hastings heavyweights, Kid Kapichi will also appear at ULU Live on the 29th of November. Peddling a distinctive mix of hefty riffs and melodic gifts that linger long after the band’s coruscating live show, Kid Kapichi are already the toast of specialist shows on Radio 1 and Radio X and have received rave reviews while on their current tour with Frank Carter. Featuring dual lead vocals and intertwined guitars, we guarantee this is a band to catch before they hit the enormo-dome circuit!

In the last four years A Peaceful Noise has hosted sell-out shows with performances from Josh Homme, Eagles of Death Metal’s Jesse Hughes, Gaz Coombes, Frank Turner, Maximo Park, Fran Healy, Tom Grennan, Danny Goffey’s Vangoffey and more. The shows have raised more than £80,000 that has helped the trust to fund several life-changing music projects across the UK, and to continue its mission to help break down the barriers to accessing music that many people face through a variety of reasons including poverty, disability, mental health issues, substance abuse issues, age and social isolation.

'A Peaceful Noise' and the Nick Alexander Memorial Trust were established with the single purpose of turning the tragedy of the Bataclan attack into something positive, meaningful and future-looking with music at its heart. It seems that these opportunities to stand together and celebrate life and music are more vital now than ever so please join us on 29th November to celebrate music’s unique ability to unite people as equals while raising vital funds to help us continue changing lives through music.

The Nick Alexander Memorial Trust is a UK registered grant-giving charity funding musical equipment and instruments for small charities and community groups across the UK.