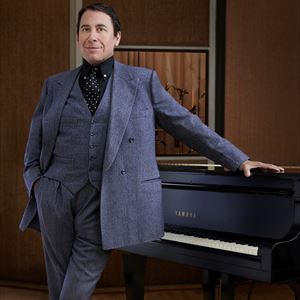 Jools Holland & his Rhythm & Blues Orchestra have announced a date as part of Forest Live, the third and final headline act appearing at Sherwood Pines in the summer concert series presented by Forestry England.

A sublimely talented pianist from an early age, Jools Holland has combined a prolific recording and touring career as a band leader and working with the greatest artists in music, alongside highly successful roles in broadcasting. As one of the biggest bands on the road, Jools Holland & his Rhythm & Blues Orchestra have built up a loyal fanbase nationwide with over 30 years of touring their formidable live show. The 19-piece orchestra consists of pianist, organist, drummer, three female vocals, guitar, bass guitar, two tenor saxophones, two alto saxophones, baritone saxophone, three trumpets and three trombones. Famed for their unique interpretations and original works, as well as for performing and recording with special guest artists, the band's popularity continues unabated.

Accompanying Jools with the Rhythm & Blues Orchestra will be the supremely talented Ruby Turner, with her breath-taking gospel, soul and rhythm & blues vocals, Louise Marshall, with her beautiful soul and jazz tones, as well as original Squeeze member and powerhouse Gilson Lavis on drums. They will be joined by special guest and BRIT Award winner Eddi Reader. Jools and Eddi have been collaborating musically for more than 20 years and Jools has previously described her as, "one of (his) favourite singers of all time."

Commenting on the concert, Jools Holland, said, "We last played Sherwood Pines back in 2003 so an appearance is long overdue. We are looking forward to making a welcome return to perform in such a wonderful setting."