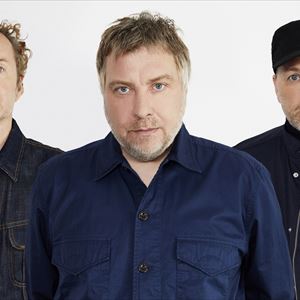 Doves have announced a special home-forest show as part of Forest Live 2021, the summer concert series presented by Forestry England.

Following a break from recording for over a decade, Doves made a triumphant return to the charts in 2020, rewarding their patient fans with the No 1 album 'The Universal Want'. The Forest Live gig will be one of the first opportunities to hear the Manchester band performing material from their latest release live, as well as delving into a rich back catalogue from previous albums 'Lost Souls', 'The Last Broadcast', 'Some Cities' and 'Kingdom of Rust'. Doves: Jimi Goodwin (bass, vocals, guitar), Andy Williams (drums, vocals) and Jez Williams (guitar, vocals), last played Delamere Forest as part of Forest Live to a sell-out crowd in 2009.

Forest Live is a major outdoor live music series that introduces forests to new audiences in unique, natural woodland arenas around the country. Over 1.9 million people have attended a Forest Live gig in the last twenty years, enjoying great music and supporting the nation's forests when buying a ticket. Going to a concert helps Forestry England create beautiful places for people to enjoy, run important conservation projects and keep growing trees. Every year they plant some 8 million trees sustainably, caring for the nation's 1,500 woods and forests and welcoming 230 million visits annually.