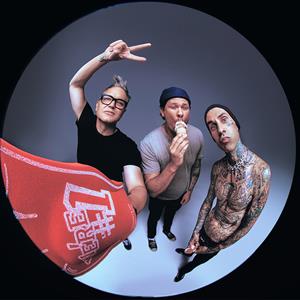 Please note the booking fee for this event includes a Venue Fee of £2.75 which is charged by the venue

14+ only in the standing area, 1s - 13s must be accompanied by an adult in the seating area. No refunds will be given for incorrectly booked tickets.

For events with no age limit under 14's must be accompanied by an adult 18+.

The area does not allow Backpacks, holdalls, luggage, oversized bags larger than 35cm x 40cm x 19cm and cushions. In addition to these, a full list of items that are also not permitted into the arena can be reviewed here along with anything else which we deem to ruin the enjoyment or viewing experience of others.

Considered a key band in the development of the Pop Punk genre, blink-182 have sold over 35 million albums worldwide since their debut release in 1995. Most recent album 'California' (the band's first release without original member Tom Delonge) became the band's first UK number one charting album.

Tickets for Blink-182 tours sell fast, make sure you grab yours quick!